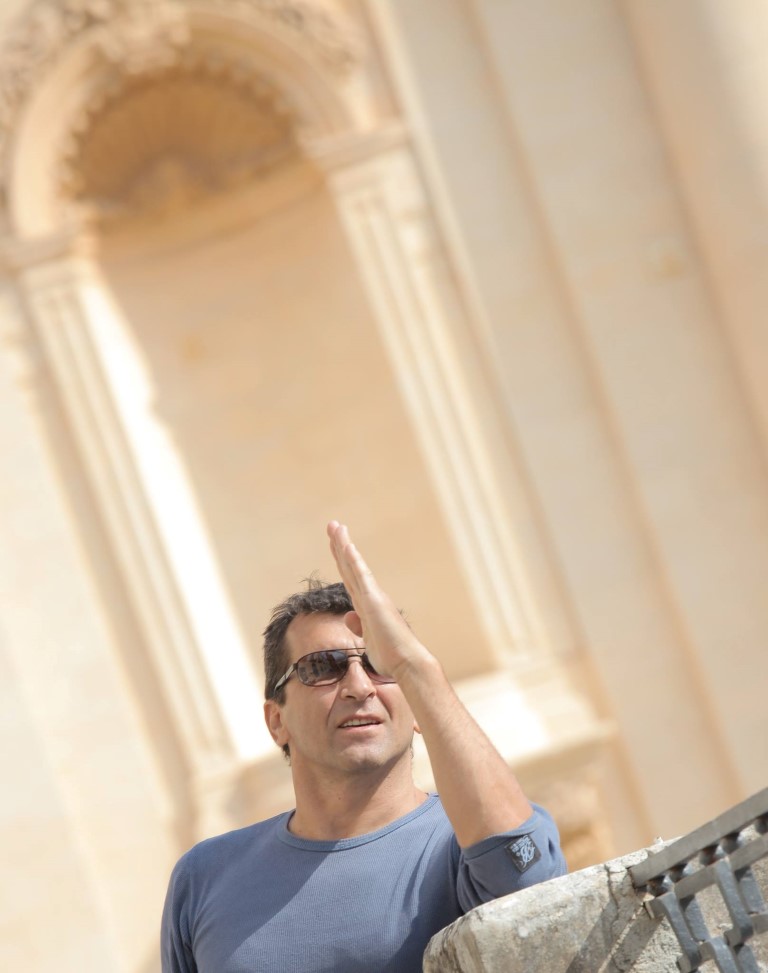 He was born on 14 th November 1962 in Bulgaria, where he completes his studies and obtains his diploma in 1981 in the National Dance School in Bulgaria.

Since 1986 he is a permanent guest of the National Dance Company “Aeabesque” in Sofia, where he dances the leading roles in Le Sacre du Printemps, Carmina Burana, Psyco, Bolero, 1988 he received the price for the best artist of the year during the National Festival of all Bulgarian Theaters. Since 1989 he lives in Italy, where he takes part in numerous production such as Don Giovanni, Apres midi d’un faune, Racconti con Conte, Vita d’eroe, Frange, Donna Laura di Carini, etc..

One of his best known roles for which he has earned acclaim from critics and audience is that of Zorba in Zorba the Greek, produced in Greece. In his career as soloist, first dancer and etoile he had the opportunity to meet artists, teachers and choreographers like F. Alonso, M. Arnoudova, V. Biagi, P.Lucanov, G. Carbone, D.Ezralow, R.Greco, R.Kirova, S. Smailou, A. Gavrilov, M. Zullo, P. Parisov, H. Mechmedov, V. Vladikin, G. Vantaggio, Kwelliar, K.Petrovska,, etc.

1994 he begins his activity as maitre cooperating with various italian and foreign companies. Since 2004 until now, he is periodically invited as maitre and assistant at the corps de ballet of the Arena in Verona.

Furthermore, he is often invited as guest-teacher at ministerial projects for the promotion of professional training.

His first choreography was created in the occasion of the Gala at Trinità dei Monti in Rome during the celebrations of the Jubilee 2000.

2005 he is the founder and Art Director of the ARTEM society , which collaborates with the National Ballet Academy of Sweden, Bulgaria, Thessaly Ballet, Milan Ballet, A.I.D.-Rome e AND in Rome.

Since 2006 he is the Art Director of the International Ballet Competition “Sicilia Barocca”.

Since 2008 until today he participates, like expert, on European project aimed at education of students.

From 2005 he is art director of Centro Internazionale Danza in Modica.

In 2012-13 he was invited as a guest teacher at Korea National University of Arts in Seoul.

2014 receives Premio alla Modicanità for the international promotion of the city of Modica trough the International Ballet Competition Sicilia.